This is an example of an eLearning module I created in Articulate Storyline for Toyota Financial Services (TFS).

This module was the start of a series of eLearning and Face to Face (F2F) pieces to communicate the cultural changes of the Toyota for Life initiative implemented by the Toyota Motor Corporation Australia (TMCA) which directly and indirectly impacted TFS staff.

This module was the first part of the journey to engage TFS staff to the challenges and opportunities ahead.

I was responsible for the entire lifecycle on this particular project working within a particularly aggressive timeline of less than eight weeks from initiation to release on the LMS. The process included:

The actual Articulate Storyline module consists of 20 slides spread across five scenes starting with a video splash before arriving at the homepage and incorporates the following:

More example images from this module: 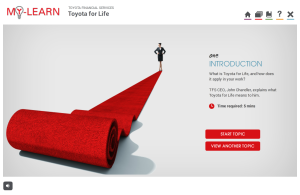 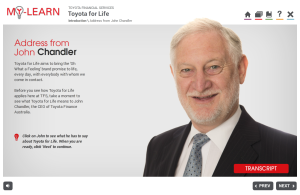 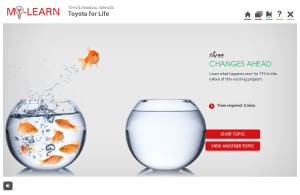 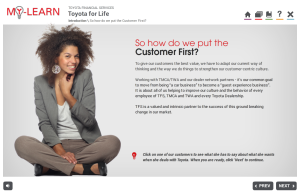 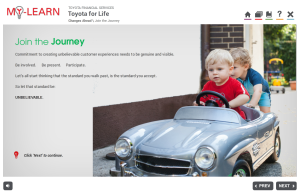 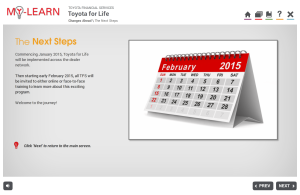 Some of my fave sites…